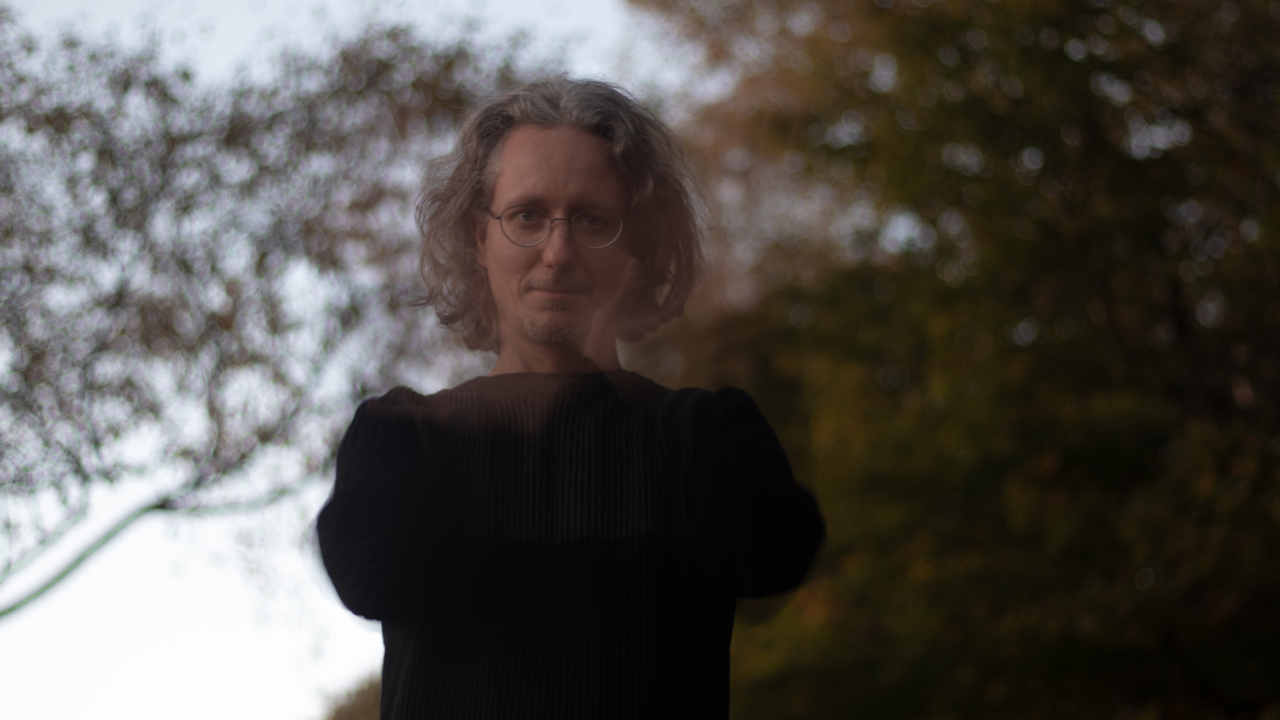 My name is Donald J. Darby a.k.a. Grand Squirrel Master and I am a multi-instrumentalist, composer and music producer from Shanty Bay, Ontario, Canada.

Music has been a part of my life since an early age. My Dad sang and played guitar to me since I was little and my Uncle Chris also impressed many with his guitar playing. My Grandma had a piano and an organ, and when inspired, she could play a mean stride piano. Artists I remember listening to from my parents include, Bruce Cockburn, Ry Cooder, Dire Straits, Sting, Herbie Hancock, The Travelling Wilburys and Bob Marley to name a few.

When I decided to pick up a guitar at 14, I taught myself how to play She Talks To Angels by The Black Crowes. I started taking guitar lessons from a guitar teacher in Barrie, Ontario named Gary Gontier and soon found myself learning pick-style and finger-style guitar. Winning some awards for my guitar playing during this time built my confidence as a musician and motivated me to develop my craft.

In high school, I joined a band that became Mercy Blues, with Jeremy Gontier, Doug Herbert, and Tim Shelswell. This was an important time for my musical journey as I built a repertoire of blues and classic rock songs and improved my singing, guitar playing and confidence as a performer. Some of my favourite guitarists from early on include Jimi Hendrix, Stevie Ray Vaughan, Eric Clapton, Duane Allman and Jerry Garcia.

I was accepted into the music program at York University, Toronto, but subsequently decided to pursue a degree in Communications. In spite of my academic choice, music has been my lifelong side hustle. After University, I returned to music with the purchase of a Roland electric piano and a Mackie mixer/sound card to pair with my computer. This was when I started learning to use a DAW and virtual instruments and began composing as a multi-instrumentalist.

In 2009, I started building a recording studio in my basement. The studio gives me a very short commute to my workplace (down a flight of stairs) and is fully equipped and available 24/7 (when I’m not at my day job). I have had the opportunity to record demos for independent artists over the years, but for the most part, the studio is set up for a solo, mad-scientist workflow. I believe investing in my own recording equipment and designing my own studio has given me the flexibility to grow as an independent artist.

No music education is complete without listening to a wide selection of genres. My musical tastes and influences have changed over the years and I have slowly built a library of music including pop, jazz and classical recordings, which I am documenting on Discogs. My top ten albums of all time (not in any particular order) include:

I studied piano briefly with Irina Tsernikova in Barrie, Ontario and I am now studying at the Dave Weckl Online School to learn everything there is to know about drums. I am proud of my compositions and performances for my first album Apostasy, but I look forward to adding more musical elements to future albums and musical projects.